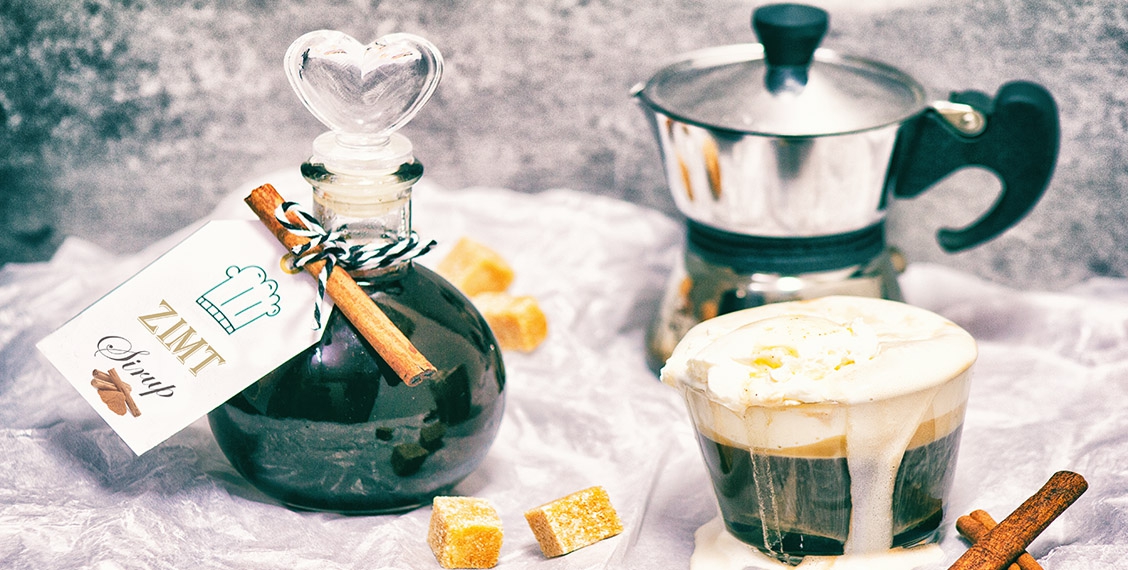 That smells good! No sooner are the cinnamon and sugar with the spices in pot, spreads a pleasant, winter scent in all rooms.
Who can resist it?

Never had I thought that cinnamon syrup is so delicious and tasty.
This pleasure when freshly brewed coffee meets cream, rum and cinnamon syrup - oh, a true seduction in the glass. It is so cozy to sip a drink at the warm stove, which flatters the senses with wintery spices. You can finish the cinnamon syrup in an instant. And he can do much more than sweeten coffee. I also have it in different cookies and pies or e.g. Tried in hot milk and used in my winter poschierten, fried pear - a poem I tell you. Also as a quick, small gift for all cinnamon lovers, it is more than perfect. Try it.
This cinnamon syrup is just a real all-rounder. 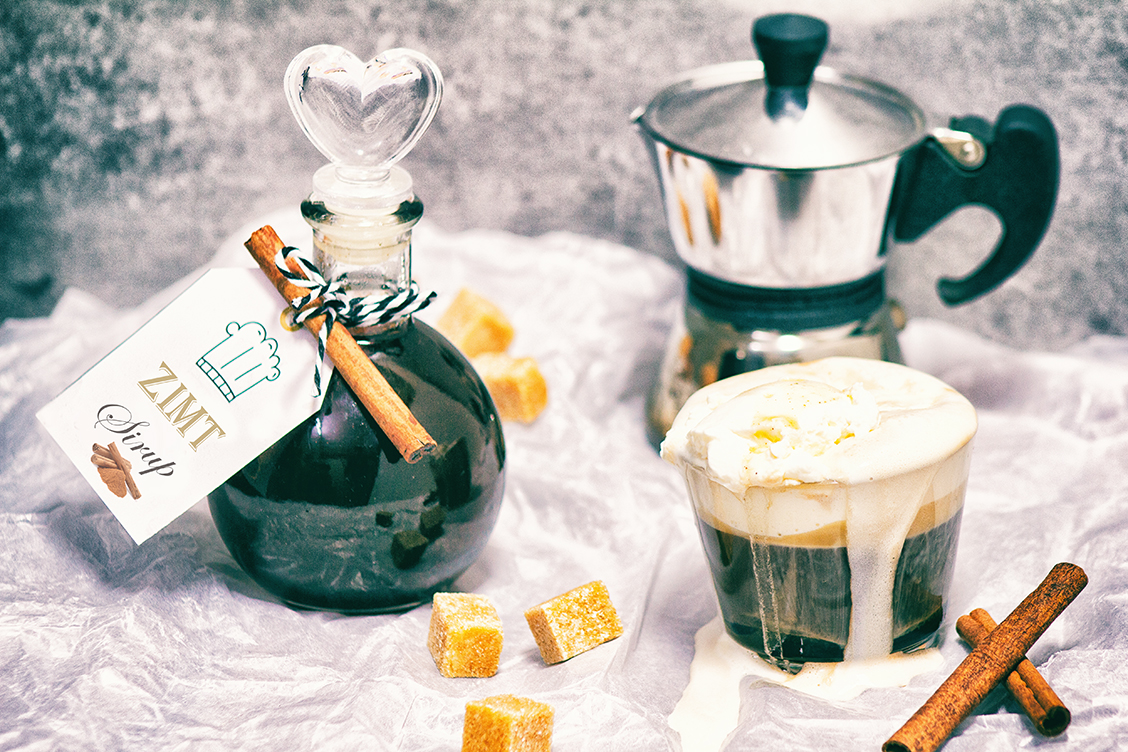 Put the water in a deep saucepan and bring to a boil.
Add the brown granulated sugar and the vanilla sugar and dissolve.

Once the crystal sugar is completely dissolved, add the cinnamon bark.
Turn back the stove and simmer the syrup over medium heat for 10 minutes.

Add one teaspoon of ground cinnamon and simmer for another 5 minutes. 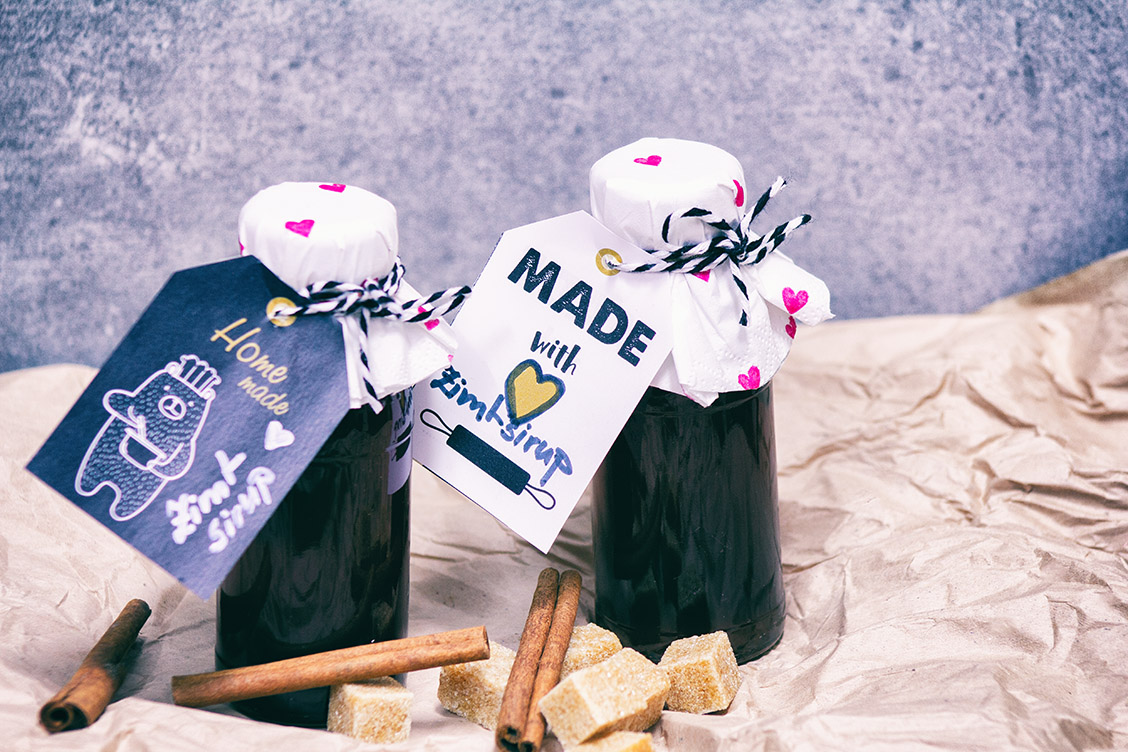