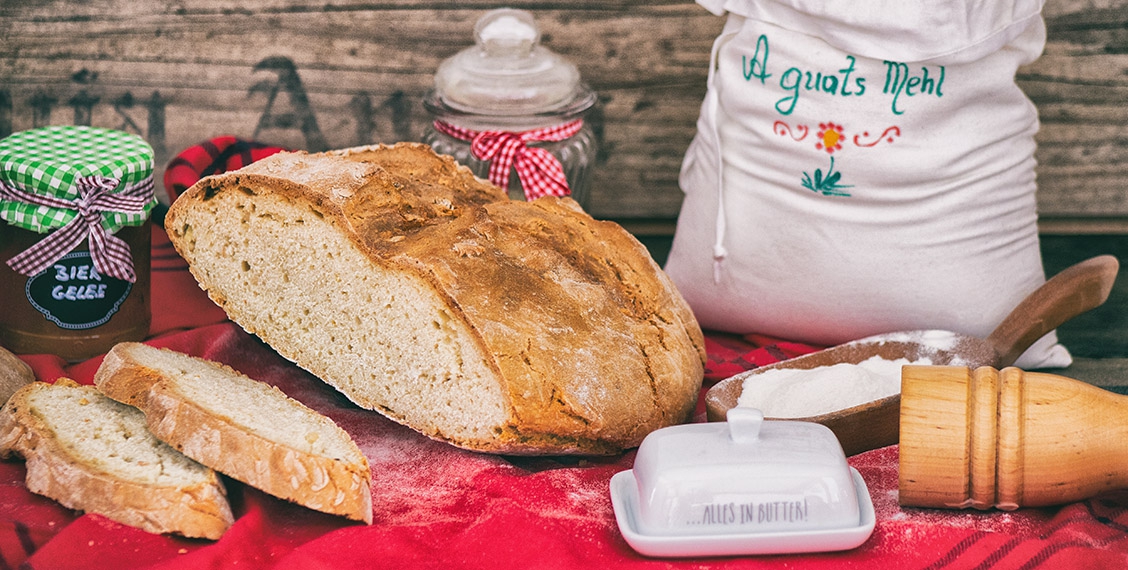 A wonderfully quick and easy recipe for bread without yeast or sourdough.

Sour cream bread  -  become a baker in an instant!

Bread baking we owe to the ancient Egyptians. Already 11000 years ago cereals are grown in Egypt in the fertile Nile delta. Thus, bread baking has a very long history and is still today the basis of food for many people worldwide.
Due to the industrialization, however, many artificial ingredients are used today to make the bread fluffy and longer lasting.
Today's baking stations, which have already made their way into all discounters and grocery stores, have nothing to do with traditional bread baking in my opinion.
Special additives ensure that the bread stays soft for a long time and various artificial spice mixtures ensure that our appetite for bread is further enhanced.
I do not want to participate in this trend and so I decided to bake my own bread.
The recipe I show you today actually came about by accident. As you know, I like to experiment in the kitchen. So I came up with a bread recipe based on what my fridge was made of. It was important to me to do without yeast and leaven. It was worth a try and behold, the result convinced me so much that I absolutely have to share it with you.

Put the grippy flour in a large bowl.
Many seven the flour, but this was too much for me. Has worked without seven.

Mix everything well with a whisk.

In a container, whisk half a packet of sour cream with 300 ml of water and set aside.

Then add the almonds to the flour mass.
The butter, which was previously a few minutes in the freezer, with the help of a grater above the mass in butter flakes mince.
Now work the butter into the flour with both hands.
If lumps form, just rub them between the palms of your hands.

Now add the sour cream mixture to the bowl and stir well with a wooden spoon.
If necessary, you can add some water until the dough has a consistent consistency.
See pictures.

Preheat the oven to 190 degrees.

Meanwhile lay out a baking sheet with parchment paper.
Spread some flour on the surface on which the loaf of bread is to lie.

Now both hands to flour and form the mass in the bowl to a loaf.
Lift the mass onto the sheet and form a round loaf of bread with both hands.

Finally, cut the loaf diagonally about 2 cm deep with a knife.
It helps to roll the knife in flour before.
Sprinkle some flour on the loaf and put in the oven for about 45 minutes.

Depending on the shape, the time can vary.
If the bread has a nice color and on the bottom sounds hollow when knocking on it is ready.

Break the bread into a kitchen towel and steam. 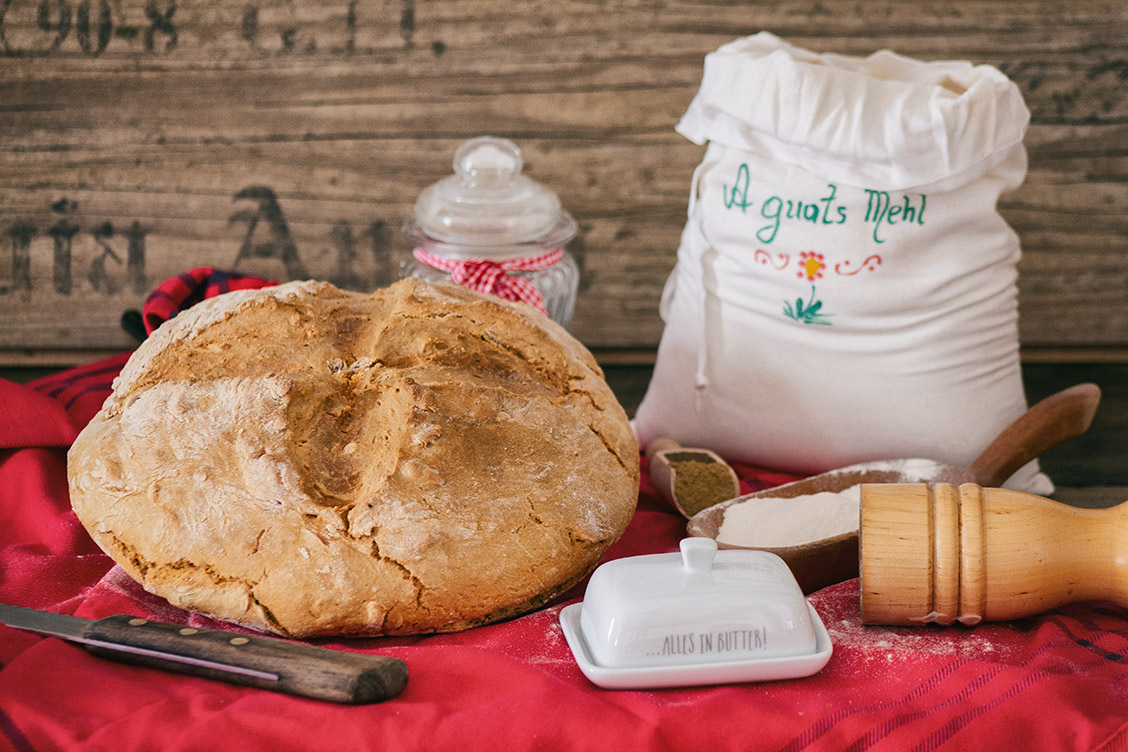 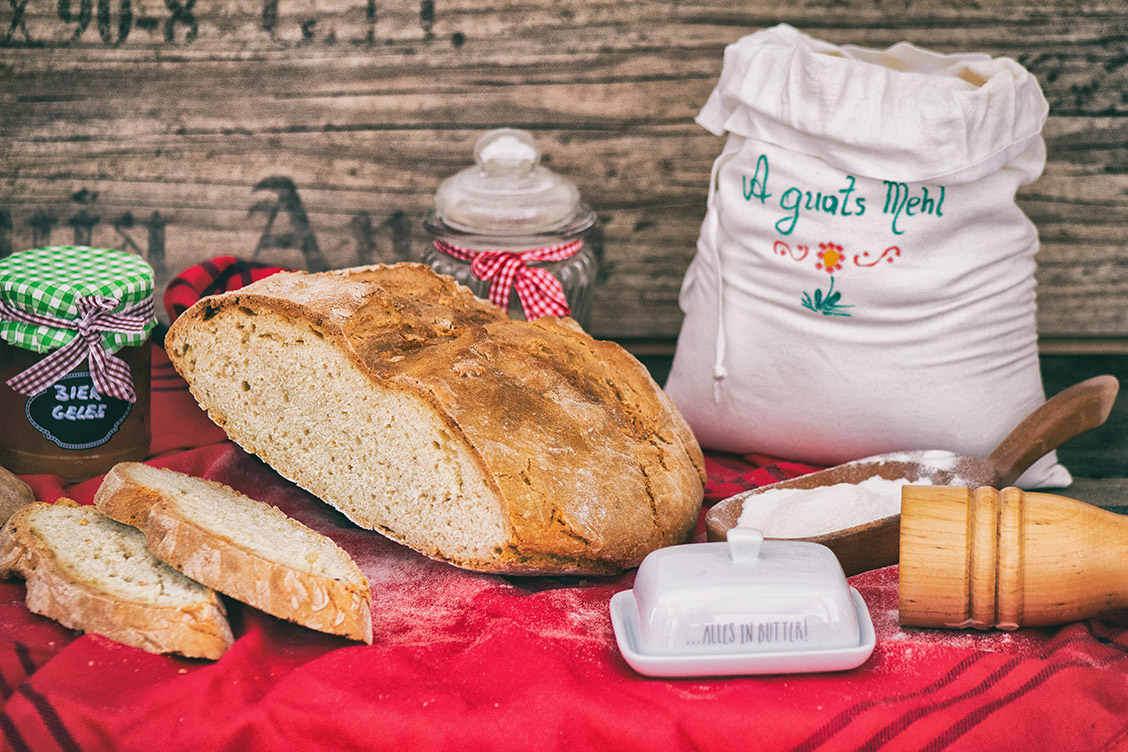